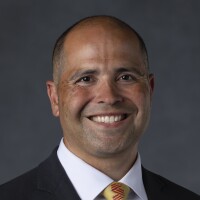 President Kauwe earned a bachelor’s degree in molecular biology (1999) and a master’s degree in population genetics (2003) at BYU. From 1999-2001, he served as a full-time missionary in the Japan Fukuoka Mission. He received a Ph.D. in evolution, ecology, and population biology in 2007 from Washington University in St. Louis where he also completed a postdoctoral fellowship in Alzheimer’s disease genetics at the Washington University School of Medicine in 2008.

President Kauwe’s professional focus has been primarily on solving the genetic basis of risk for Alzheimer’s disease. His work, which includes more than 100 peer-reviewed published papers in the past decade, has contributed in unique ways to our understanding of Alzheimer’s disease risk and resilience. He also conducts research on the genetic basis of other human traits and is engaged in ongoing work on genomics and population genetics in Indo-Pacific fish species.

President Kauwe is of Hawaiian, Chinese, Portuguese, Maori, and Northern European ancestry. He was raised in Orem, Utah, and various parts of Hawaii and is a graduate of Molokai High and Intermediate School (’96). He is the fourth great-grandson of Kaleohano, one of the first converts to The Church of Jesus Christ of Latter-day Saints in Hawaii.

President Kauwe and his wife Monica are the parents of five children, ages 3 to 14. 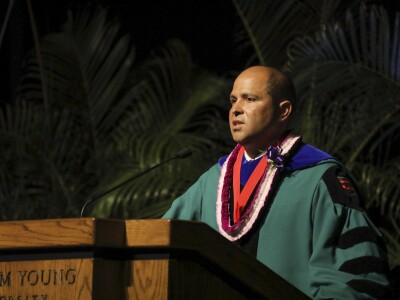 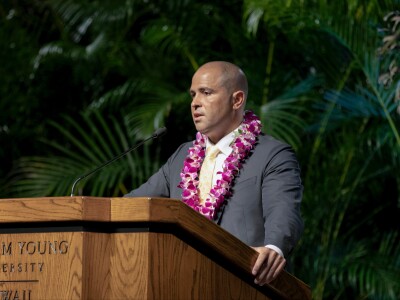 Devotionals
Jesus Christ, the Finisher of Our Faith 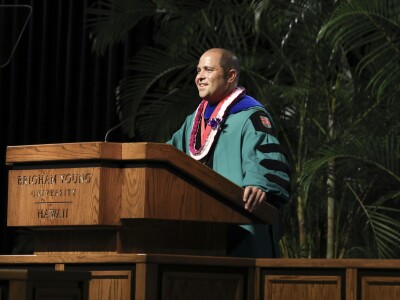 Commencements
Opportunity in the Unexpected

By John S.K. Kauwe III
You are leaders with character and integrity. You have developed the spiritual capacity to connect grief to gratitude, thus expanding your perspective of this life. Combined with your secular learning, this makes you uniquely capable of using the guidance of the Holy Ghost to see opportunities to build your future to the benefit of your families, communities, and the kingdom of God.
7 Min Read
overrideBackgroundColorOrImage= overrideTextColor= overrideTextAlignment= overrideCardHideSection= overrideCardHideByline= overrideCardHideDescription=true overridebuttonBgColor= overrideButtonText= overrideTextAlignment=
data-content-type="article" 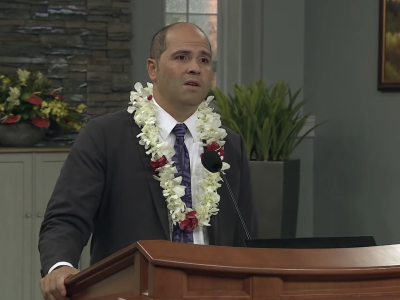 Devotionals
Learning and Living by Principles 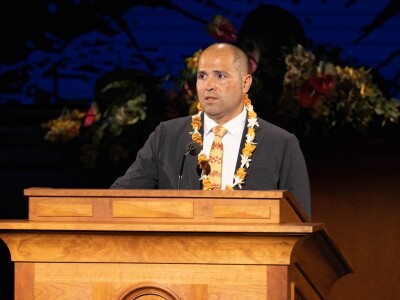 Devotionals
BYU–Hawaii: A Legacy of Remarkable Diversity and Unity